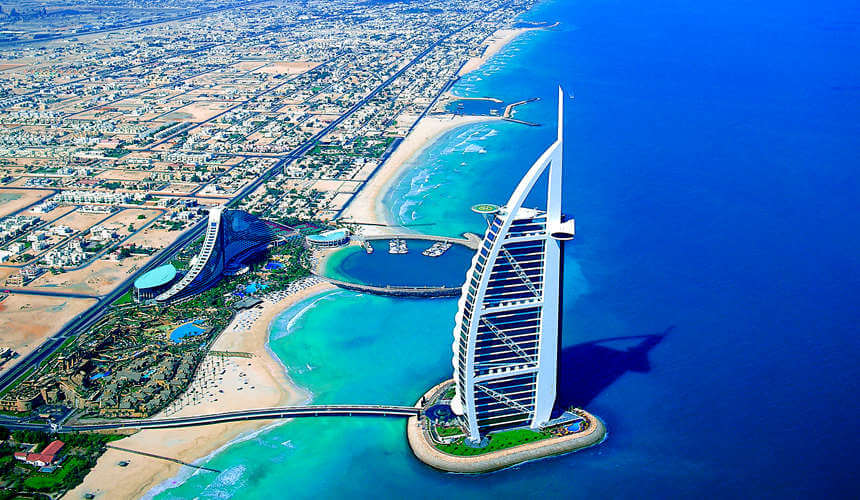 In recent years a couple of waterfront swimming pools have be add ocean side of the Burj Al Arab hotel which don't show in the hotel photo above. 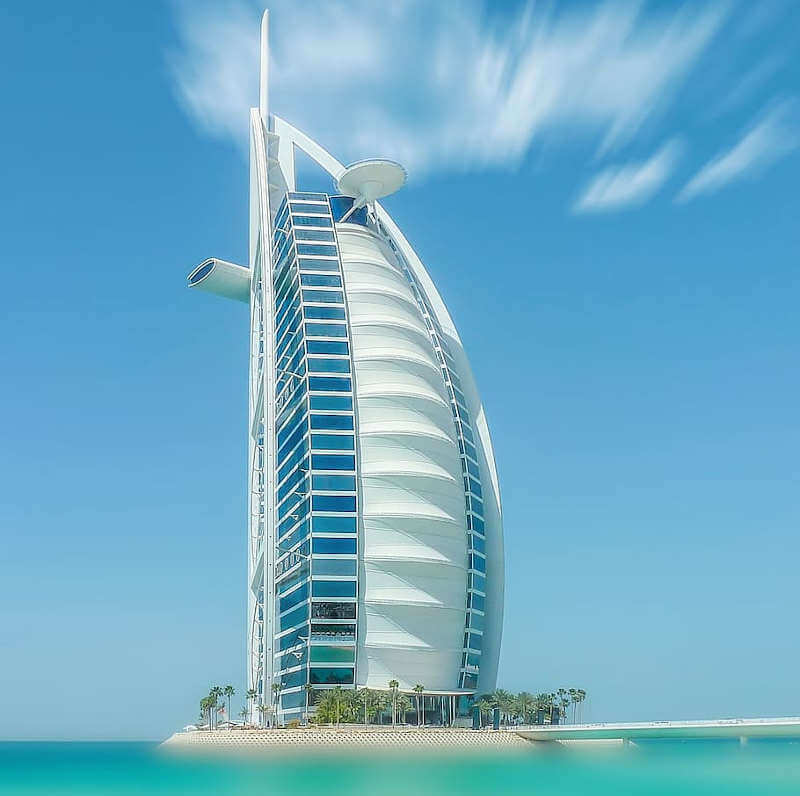 If you're the marketing manager of th Burj Al Arab Hotel in Dubai, or an executive there, feel welcome to contact our travel writer to improve this free advertorial with the latest news and information about the Burj Al Arab Hotel. Let's discuss direct link online booking to the Burj Al Arab hotel's website booking engine to help lower the booking price for our website readers. If you are a hotel marketing executive in Dubai, and need help convincing senior hotel management such as the GM and CFO (tight bean counters) of the benefits of hotel marketing, then contact me.

If you have a photo of the Burj Al Arab Hotel you want to publish here, email it to the publisher of this web page. Mafi Mushkala.